The Marionville nature reserve or the Eldorado of birds

Imagine a place where water, vegetation and birds take precedence. In total, 65 hectares of marshland and ponds (an area equivalent to 60 launch football pitches), surrounded by willow trees and hawthorn bushes and colonised by species of all types.

A site that shows the mark of mankind, but also that of nature

Originally, the Haine passed through the site, touching the wetlands. Then, man started extracting coal and after the second world war, the land began to collapse. The land became saturated with water and was less and less productive. Over time, it was transformed into swampy woods and reed ponds. Farmers turned away from it and nature reclaimed its rights. The fauna and flora inhabited the land, and so the Marionville nature reserve was created in 1978 and it extends into the towns of Saint-Ghislain and Quaregnon. Today, this marshland represents the largest ornithological reserve in Belgium. 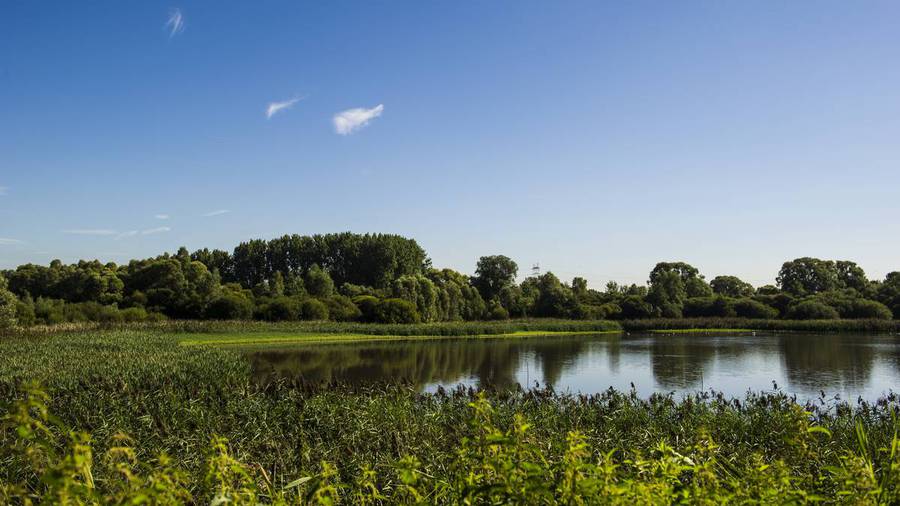 There is no other field of observation like it

In the northern part of the reserve, you will find a dozen or so small shallow ponds. The ideal hideout for amphibians and insects. It is teeming with dragonflies. Open your eyes because there is also a very rare vegetable species: the bladderwort, a carnivorous aquatic plant!
In the middle, there is a large lake of around 10 hectares, due to the land subsidence of this old mining site. A bird for every season! During nesting season, the ducks churn up everything. In the spring, it’s the turn of the Black Tern and the Pygmy Seagull to appear. In the autumn, shorebirds pass through the mudflats.
Here and there reed ponds are found, populated by willows. Many birds take refuge in this environment, with some quite rare species such as the bluethroat and the common gull.
To the east, the reserve extends over the old railway line. A walking trail has been established here (around 3 km return trip), that takes you to two observatories on the edge of the main pond. Along the trail you will note the willow trees and hawthorn bushes. Listen to those songs… maybe you can recognise the nightingale, the robin red breast, the tit, the blackbird or the warbler? All these small birds, sometimes well hidden, will charm you with their beautiful concerto! But with a little bit of luck, patience and especially discretion, you will no doubt be able to see them with your own eyes.

Car park provided in Tertre, along the Rue Olivier Lhoir, between the Rue des Marionville and the railway crossing (start of the path at the bottom of the car park, on the railway side).
Free access.
Guided tours possible with the Natagora association: www.natagora.be