Mons and its fountains

Originally the fountains were fundamental to the city. Sometimes sacred, an effigy of a saint or a hero, sometimes useful or simply a meeting place, they are part of the everyday life of the inhabitants. Then, when progress and comfort came along, the fountains became ornamental. Therefore, we shouldn’t forget them and we should admire their poetry and their history.

This fountain in limestone is the work of the Mons architect Albert J.B. At its creation in 1833, it was located on the corner of Rue de la Coupe and Rue de la Chaussée. Jamot (1808-1874), held the architecture award of Rome in 1828. It gained its name from the red colour that covered it during a period of time. In 1877 it was moved to the Marché-aux-Herbes, and it is also known under the name of the Marché-aux-Herbes source. The fountain went back to its original place in 1981. It is characterised by a large column, on top of three staircases, crowned by a stone vase. On each side of the column there is a mascaron from which water gushes from a bent pipe and finishes in a stone basin. At the bottom of the stairs, four stone balls decorate the ensemble.

We owe this work to the architect Albert Foulon. Created in 1724, it was located above the Saint-Pierre well from which water was taken using two pumps. In the beginning, this fountain was surmounted by the statue of Saint-Pierre, patron of fishmongers. It was successively known as the fish market well (1776), the chicken market well (1832) and finally the Saint-Pierre well. The fountain was restored in 1926 and today it is surmounted by a vase. From an architectural point of view, the fountain is composed of a triangular pillar in Bluestone, each face is adorned with a mascaron in the form of a lion’s head from which the water runs and etchings that evoke stalactites. It is located in the Place du Parc. 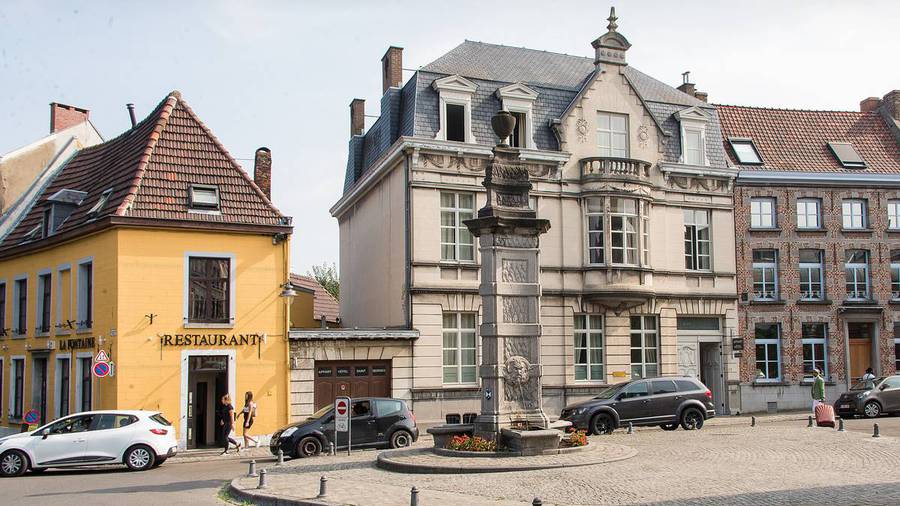 Initially, the Place du Chapitre contained a well, built between 1532 and 1535. This fountain was replaced, due to age, by a pillory built in 1779 at the expense of the Saint Waudru chapter and according to the plans of the architect Ouvertus. Made of Écaussinnes stone, this fountain displays a triangular form in the style of Louis XVI, sculpted with elegant pilasters of which the extremities finish in the form of a pyramid, with a console table. A vase decorated with garlands of laurel and a flag sit on top of the fountain. The flags bear the arms of the noble Saint Waudru chapter.

This is a Léon Gobert sculpture dating from 1930 made in bronze and stone. It brightens up the garden of the Mayor, with the features of a street urchin, mischievous and a joker, looking out for passersby, to splash them with water.
#WallonieTerredEau 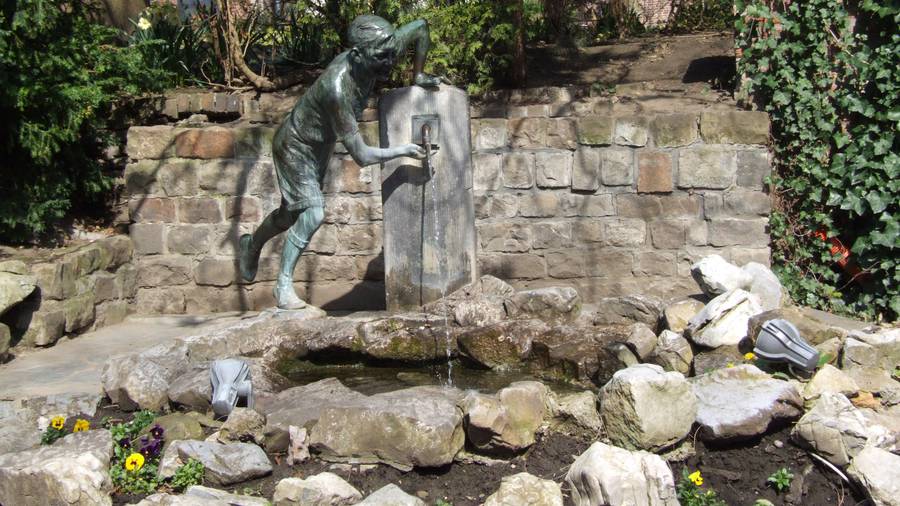