This giant lamp was built right after World War 2 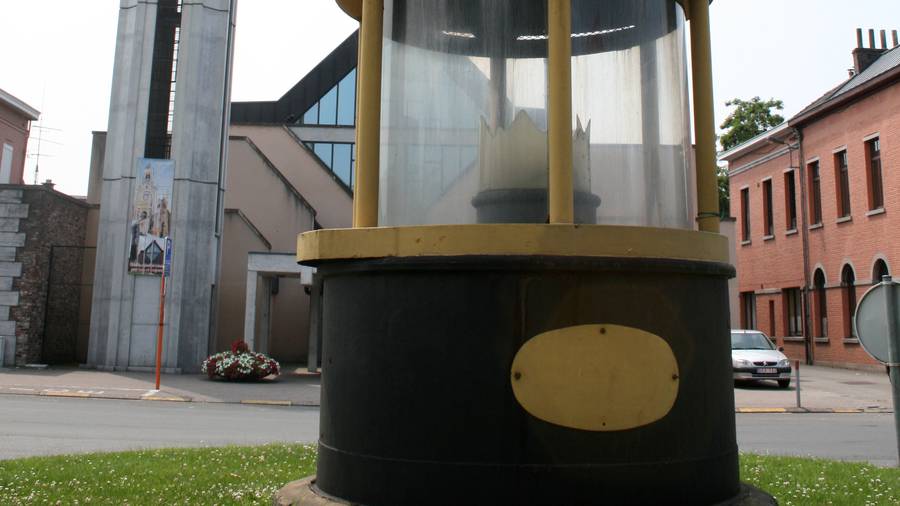 As of the late XVIIIth Century, industrial coalmining started developing considerably and leaving its mark on the surrounding landscapes. One of the last remains of this glorious past can be seen on the main square of Cuesmes. It is a very symbolic miner’s lamp named “Quinquet”.

The giant lamp was built in the workshops of the Rieu coalmine in the heart of Quaregnon right after World War 2. When the mine was closed down, around 1958, it was moved to the courtyard of the slag heap known as “l’Héribus”. Once the company’s pits were closed down, the directors donated the lamp to the town admistration, who placed it where it now stands.