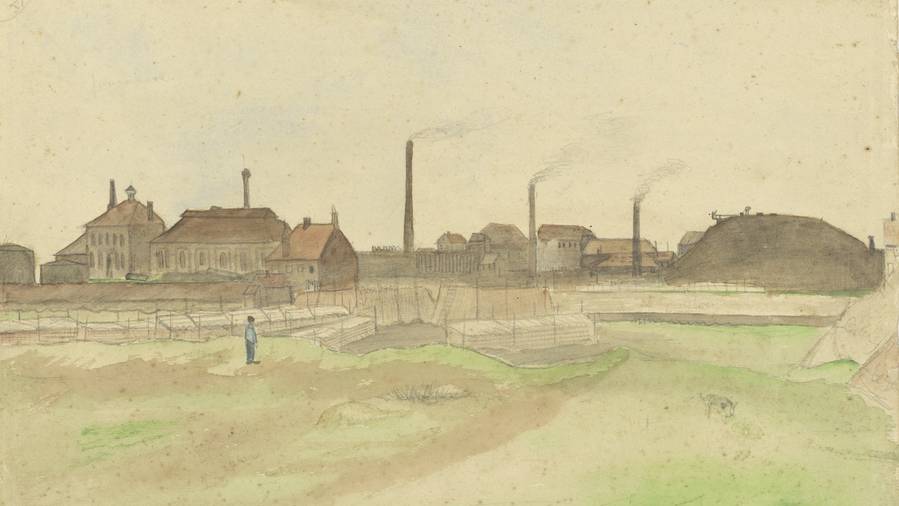 The former coal-mining site of La Cagagne in Flénu, not far from Cuesmes, inspired Van Gogh in a lead pencil drawing he produced in the summer of 1879. Van gogh completed the painting with watercolor upon returning home. Indeed, here and there, one can see a few faded pencil annotations  specifying the colors to be used : “red, greenish yellow, pink”.
The watercolor set had been given to him by Tersteeg, his former supervisor back when he worked as a clerk for the art dealer Goupil & Cie.

By the Summer of 1879, Van Gogh was no longer working as an evangelist in Wasmes, as his contract had not been extended. Very little is known about what he did during that time, but drawing seems to have taken up a large proportion of his days. He would find inspiration in the people around him or in the surroundings, as can be seen on this picture.

The site has since then been levelled and is currently closed.