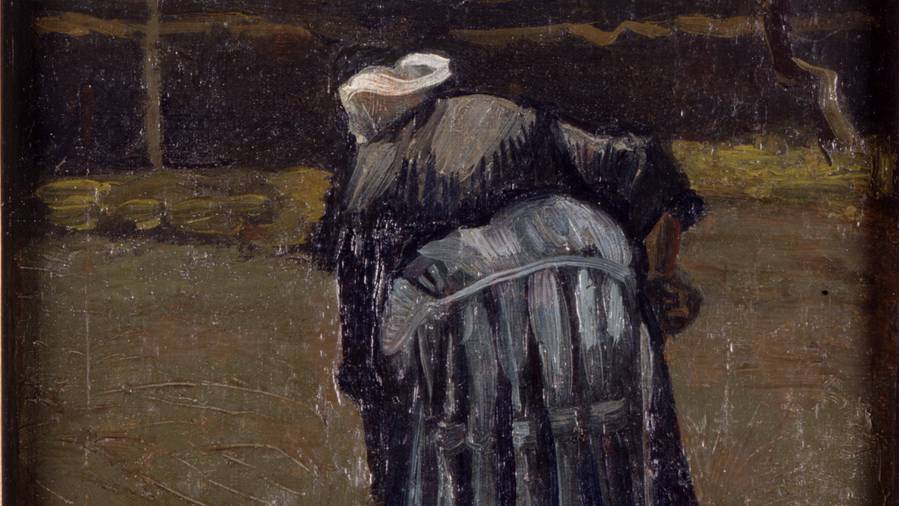 Peasant Woman Digging Vincent van Gogh Collection Het Noordbrabants Museum
Brabant is Vincent van Gogh's homeland (1853-1890). Vincent van Gogh was born and raised in Zundert. He took his first drawing lessons in Tilburg from a famous teacher. He returned to the Brabant of his birth after years of peregrination which led him to The Hague, London, Paris, Ramsgate, Islesworth, Dordrecht, Amsterdam and the Borinage. He established his first studio at Etten (1881), and registered as a painter. He created his first masterpiece at Nuenen (1883-18850: Les Mangeurs de pommes de terre [the apple eaters]. This southern province of the Netherlands excited van Gogh’s love of the countryside, the nature and life of a man of modest means. These are recurrent themes which became a leitmotiv in his letters dotted with sketches, his drawings and paintings. Vincent van Gogh left Nuenen at the end of 1885 to establish himself at Antwerp. He never returned to the Netherlands.