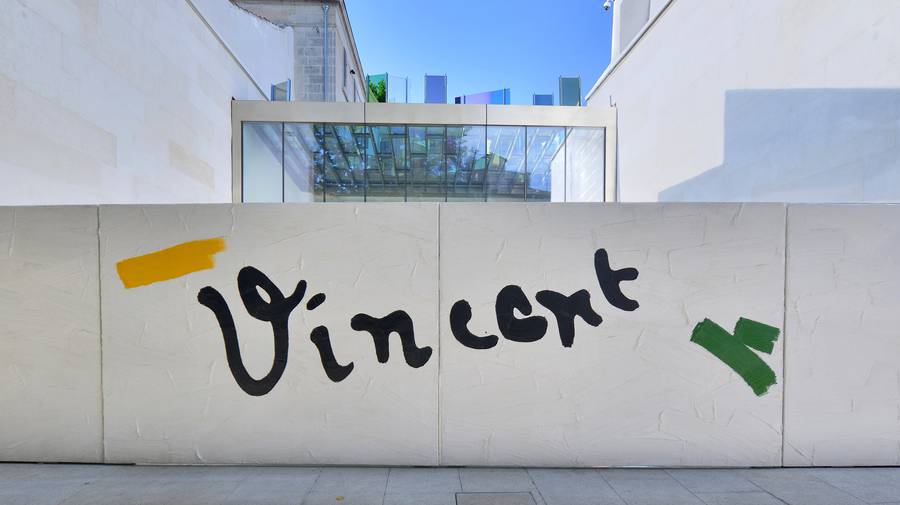 Bertrand Lavier, Vincent, 2014, portail pour la Fondation Vincent van Gogh Arles. (c) ADAGP, Paris, 2014 Photographie : Hervé Hôte’
At the start of 1888, van Gogh left the congested city of Paris and headed south.  He arrived in Arles, a town at the head of the Camargue where the Rhone split in two, on February 20.


Van Gogh spent more than 14 months in the city of Arles. During this time, he became an “artist of the sun” creating his timeless masterpiece that portrayed the landscape of the Provence in vibrant colours.

It was in the south that he discovered the reed pen as a drawing tool, which he used to create a series of praised pen drawings with an impresive format.

Here, he created nearly 200 paintings and 100 drawings including “Starry Night over the Rhône”. The “Yellow House” that he later rented in Arles became a hub for like-minded artists. Paul Gaugin was also a guest - with dramatic consequences. During their intense
conflict-ridden collaboration, Van Gogh developed a nervous disorder that led him to famously self mutilate his own ear.