Historic of the "Machine à Eau" 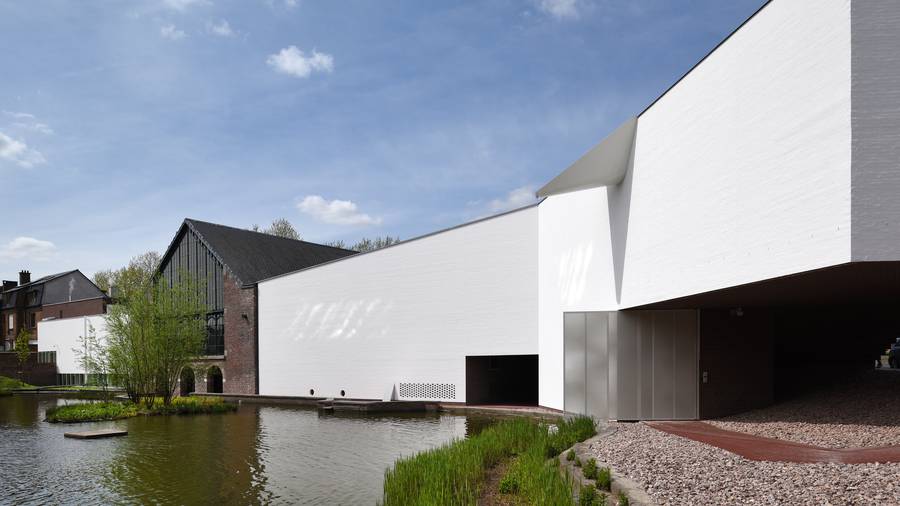 Between 1871 and 1961, the Water Machine fed the entire town of Mons, making this water distribution network one of the most important in Belgium. In 1861, a vast construction project began in Mons, changing the face of the town forever. For a few decades it was like a building site, the whole thing beginning with the destruction of the Dutch fortifications.

Thus in 1865, wide roads began to appear, with the network of trunk roads and the town's boulevards. New routes, created as extensions of the main roads within the city walls, were built to link the centre of Mons to the new suburbs on the outskirts. New public buildings were built along the lengths of the boulevards: the public hospital, prison, railway station, teacher training college, etc. The destruction of the fortifications also gave the local authorities the opportunity to start work on a vast water distribution project. The poor hygiene conditions and pollution of the groundwater represented health risks for local residents of Mons. Memories of terrible cholera epidemics in the first half of the 19th century endured.

In 1863, the town councillor and engineer Jules Drion proposed diverting the course of the River Trouille, which passed through the town. A long sewer would be built along the old route of the river and the town would be fed with water via a pumping station. The project was approved in 1865.

Major works began in 1869: laying pipes, installing tanks, and building the dam and spillway. To accommodate the lifting equipment, a building was built in Boulevard Dolez, in 1870-1871. The designed by the Mons-based architect Joseph Hubert, consisted of a large hall which received light via its large glazed façades. Brick walls supported a steel frame forming a double-sloped roof. This central part was flanked by two wings made of stone and brick, built in the tradition of early 19th century utilitarian industrial architecture. The Water Machine began to supply drinking water in 1871.

After almost a century of loyal service, in 1961 to be precise, the Water Machine was dismantled. The installation was closed for good in 1974. The only thing remaining is the main building, which was listed in 1977 and was restored by the neighbouring National Bank in the early 1990s. A small pool acts as a reminder of the swimming pool and watering hole which was formed thanks to the dam that had held back water from the River Trouille. The building was sold back to the City of Mons in 1996. The people of Mons still feel considerable attachment to this building, which has been part of their daily lives for 140 years. Although the place has lost its original purpose, it remains alive, hosting a variety of cultural events. Lots of local people can still remember coming to see the impressive machinery, its brass and steel components shining in the sunlight. Now though, it's a setting for various cultural events.

It is currently being readied for its new life. From 2015, it will host the new interpretive centre of the military history of Mons, named the Mons Memorial Museum. More than a mere venue for exhibitions, this new museum space will invite visitors to reflect on the major conflicts of the 20th century, by learning about painful periods in the history of Mons. The objects on display will give much food for thought. On loan from some of Mons's rich collections, they will ensure the longevity of a culture and a memory maintained since the establishment of the Centenary Museum in 1930.