-A +A
Home / See & do / Top Sights / Mons, the First & the Last / Battlefields Guide / The origins of the conflict / The Liberation of Mons

The Liberation of Mons

On 9 November, the Princess Patricia’s Canadian Light Infantry reached the suburbs of Jemappes, which represents an advance of about 8 kilometers. While at the end of the day, troops of the 2nd Canadian division reach a line which, from the village of Bougnies, turns to the Northwest up to the limit of the 3rd division sector on the road to Frameries Mons.

Mons ! A symbol for the British where they encountered the German opponent for the first time in August 1914. Sir Henry HORNE, commanding the first British army and superior of Currie, demands that the city be taken again and liberated before the end of the war. An order is an order and Currie must obey. There are rumours that the war is actually coming to an end, that the armistice will be signed. But there have already been so many similar rumours. And then the Canadians are at the gates of Mons. Currie then thinks about taking the city through an encircling manoeuvre. He ordered the 2nd Division (Major-General H.E. Burstall) to encircle Mons from the South and seize the high lands in the East, while the 3rd Division (Major-General F.O.W. Loomis) will have to capture the suburbs of Nimy and then infiltrate into the heart of the city of Mons. 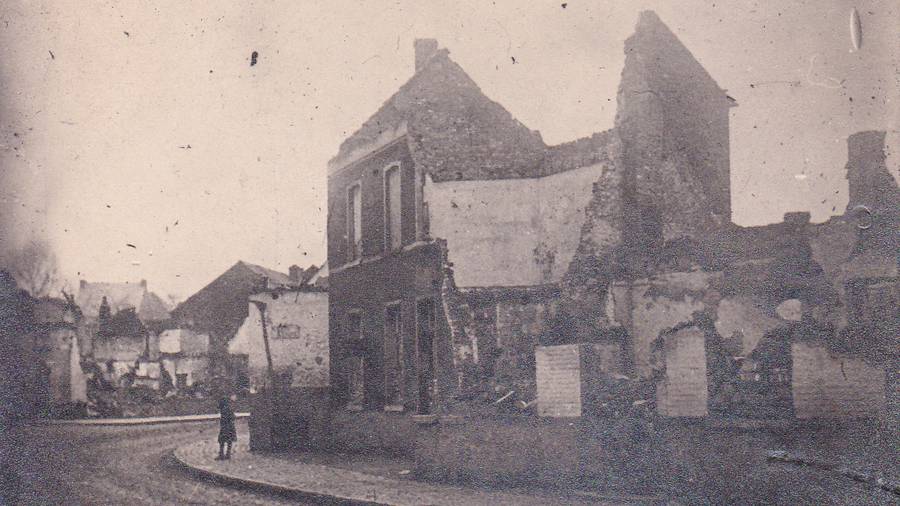 The main centres of German resistance were located in Bois-la-Haut and Hyon and machine guns were installed on the outskirts of the city.

On 10 November, during the night, the 19th battalion occupies Hyon, but German resistance holds out until 3:15 am at Bois-la-haut. The honour of entering the city comes to the 7th Brigade (Brig.-Gen. J.A. Clark). It is approximately 11 pm, when platoons of the 42nd battalion enter Mons and begin to liberate the East of the city, while a company of the 42nd and a company of the Royal Canadian Regiment (RCR) enter the city from the North. Finally, a third infiltration is accomplished by a company of the RCR at the Northwest end of Mons. More to the North, the Battalion had cleaned Ghlin, crossed the canal and seized Nimy and Petit-Nimy.

On 11 November from 5 am the first officers of the Canadian corps signed the Gold Book of the city, including Lieutenant W.M. King of the Royal Canadian Regiment, Lieutenant L.H. Biggar of the 42nd battalion and Major C.G. Blackstock of the 3rd Division.
At the dawn of 11 November, the troops of the two battalions of the 7th Brigade had liberated Mons. At 6:30 am, a telegram is received at the headquarters of General CURRIE, indicating that the hostilities will cease at 11 am. The pursuit of German troops still continues however, winning a line of 8 kilometres north-east of the city. In the sector of the 3rd Division, the 5th Royal Irish Lancers reached Saint- Denis and to the right, the infantry of the 2nd Division entered Havré and cleared the bois du Rapois.

Around 7:00 am, the pipers of the 42nd Battalion Royal Highlanders of Canada entered the city to the sound of music.

The overall losses of the 2nd and 3rd Canadian Divisions for 10 and 11 November amounted to 18 officers and 262 men killed, wounded or missing.