The Battle of Mons

The so-called “battle of Mons” is due to a set of circumstances that were absolutely foreign to the wishes of the opponents. Neither of them wanted or should have met in that place because it is the worst battlefield that can possibly be imagined.

The British have not had time to sufficiently strengthen the sector, but it actually was not their intention. The chosen position was only a temporary stop before the great momentum for the planned offensive. Unfortunately, the sudden unexpected retreat of the French Fifth Army forced Marshal FRENCH to remain on its bases, while promising to hold out for 24 hours. He thus allowed to break the German advance and the French troops to slightly loosen the enemy’s grip and to have a little break.

However, for the defence, the field was poorly chosen and inappropriate, despite the long straight of the Mons to Condé canal which at the time could still constitute a major obstacle to an attacker. A bad choice, because of too many bridges and locks to defend, which are of course the crossing points of the opponent; a bad choice, because the firing ranges are too reduced both for the infantry and the artillery; a bad choice, because the villages both on the canal’s banks and behind it are full of small streets and alleys where it is very difficult to manoeuvre. Poorly chosen field because the landscape is cluttered with slag heaps that are perhaps good observation posts, but they dominate each other; poorly chosen finally, because the salient is almost impossible to defend because of its configuration, too many troops must be confined in an area exposed on all sides.

It has to be repeated that FRENCH and his generals did not choose their defence area, external factors and circumstances have made the choice for them and imposed this position. 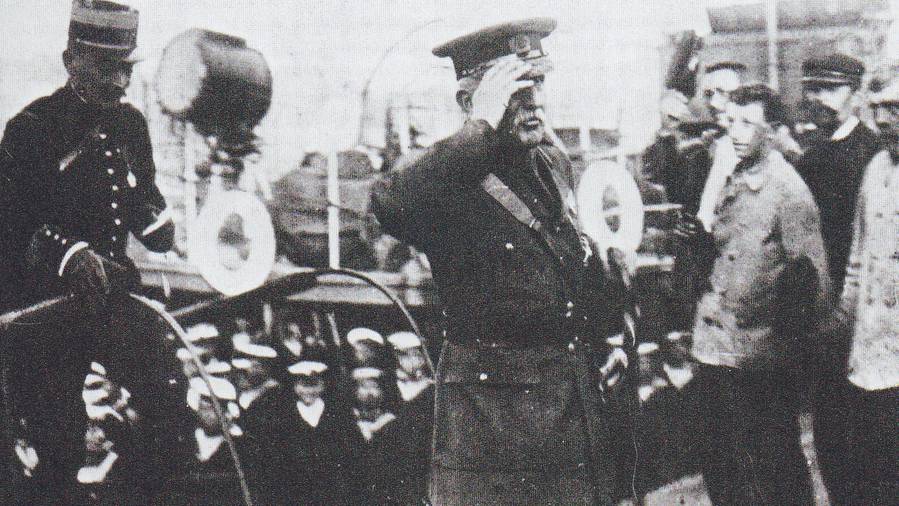 On the German side, the situation is even clearer. Both the Head Command and the army corps or army commanders were unaware of the presence of the British in Belgium. They themselves knew that an expeditionary force had landed in French ports (the neutral and allied press had widely covered this), but they were unable to locate it. The most widely accepted version was that it had to go to Antwerp or the Belgian coast to support the ports and the Belgian army in a bad position. It was not until 22 August that the veil of ignorance was broken, which was the eve of battle. This was due, on the one hand, to the fall of the British aircraft at Marcq, and on the other hand, the charge of Casteau. For the Germans it was a complete and unexpected surprise. It was then too late to change the marching order of the troops. The fog partially rose, because now the Germans knew the near presence of the opponents, but they were unable to determine their numbers and therefore their power. The same uncertainty prevailed elsewhere in the British camp, because although FRENCH and his staff perfectly knew the German progress angle, they didn’t know how numerous were the troops they would face. The information provided by the French underestimated by far the number of divisions or opposing army corps.
But in truth, the fact that the British expeditionary force was saved from encirclement and from annihilation was due to mistakes made by Von KLUCK and Von BÜLOW. Von KLUCK should have marched towards Amiens before turning to Paris, that’s what the orders had planned, but being very independent and in his haste to reach the prestigious and coveted capital first and fastest, he stuck to his own guns and was too sure of succeeding. Von BÜLOW, for his part, has delayed his crossing of the Sambre river by a day to regroup his army. Without this untimely stop, it could have trapped FRENCH and his troops and it would have been difficult, if not impossible, to get out. 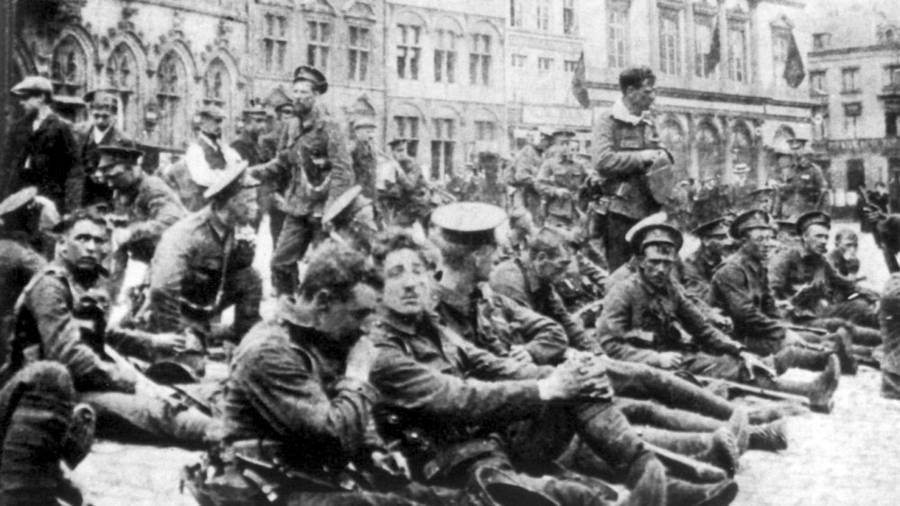 Finally, another element has also worked in favour of the BEF, that is the hasty retreat of LANREZAC, which forced him to stop his advance. Without this retreat, the BEF was rushing headlong into the German mass, with the disastrous consequences that could ensue.

This battle was therefore imposed on the opponents on a battleground they had not chosen and at a time they had not chosen. The two British corps had a too broad sector to defend, but fortunately, the German corps did not start the assault at the same time, but as they arrived on the battlefield. Yet it was a fatal mistake, because although some regiments were in contact from 08:00 am, the last did not enter the stage until late afternoon, and even the fourth German reserve corps only appeared on the battlefield the next day. Imagine the losses that the British could have suffered if the German mass had attacked with the same momentum at the same time. The attack would have been formidable, irresistible, overwhelming, and despite all their bravery, the British would not have been able to resist long without risking a large-scale disaster. The imbalance of weapons and men was too large, too uneven, too obvious. But it’s easy to rewrite history after the fact... 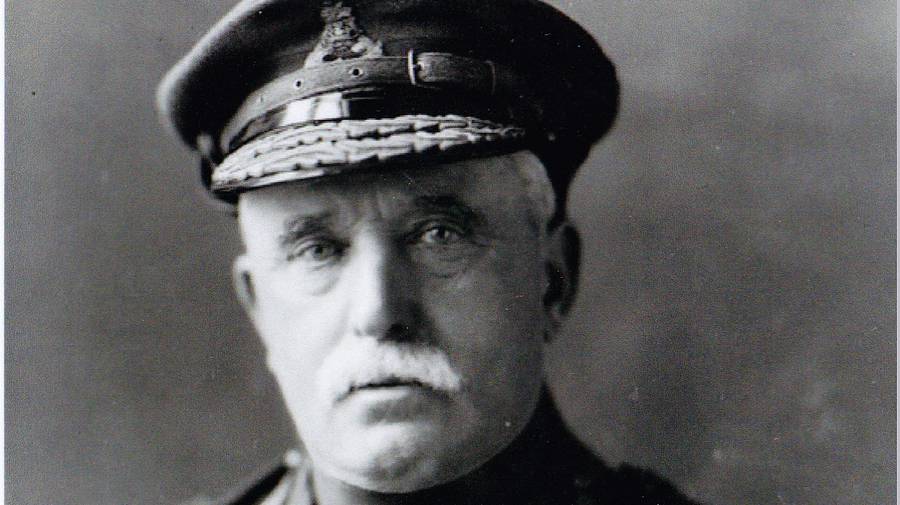 Finally, we must pay tribute to the bravery, the tenacity, the spirit of sacrifice and the temerity of the fighters on both sides. No one faltered, no one gave in, no one backed off, despite the losses, despite the hail of bullets, despite discouragement. Both the Germans and the British rivalised in audacity, dedication, camaraderie and willpower. This is evidenced by the number of those killed and injured. British soldiers did not understand why they had to withdraw, to back off from an opponent they dominated. Nowhere, except in the salient, was the front penetrated. Nowhere, the Germans had the upper hand on them. They were undefeated, but yet the orders were formal, they had to leave and abandon the field they defended at such a heavy price. Some regiments even had not fired a single shot. Misunderstanding all round, but orders are orders...

On the evening of 24 August, a page of history was written in Mons. Each claimed the glory, each claimed victory, each wanted to wear the name on his coat of arms. For Mons and the Mons population, for the Borinage and the North of France, on this mournful day when the guns fall silent, when the battle moves away, the curfew is imposed by the victors. Hope was switched off at the same time as the lights. Both will have to wait four long years to be reborn.