The Angels of Mons

4,000 Commonwealth soldiers were saved from certain death: angels from heaven led the way.

Surrounded by the Germans who outnumbered them five to one, 4,000 Commonwealth soldiers fought their way through and were saved from certain death. They had barely returned to camp when a rumour began: angels from heaven had led the way.

While the Battle of Mons raged and they had lost count of the number of British soldiers who had been killed by enemy fire, the 8th brigade was fighting tooth and nail to defend Mons. On the evening of 23 August, as night was falling, the situation was serious. The 21,000 Germans involved in the battle had made it to Mons from the East. They were occupying the city and threatening the British rear. On the right, the situation was just as dire, the Commonwealth soldiers had to tackle the 7th Bremen Regiment, which was holding Spiennes. Despite all this, the 8th Brigade miraculously made their way out. They managed to find their way through the darkness to get to their camp.

The story might have been left there, if a rumour hadn’t started to spread among the soldiers. Some claimed to have seen angels in the form of archers. They supposedly stopped the Germans in their tracks so that the British could retreat. Fiction or reality? Of course it’s hard to say. The Great War gave rise to plenty of legends. On some parts of the front line, soldiers are said to have been helped by celestial figures to stay alive. 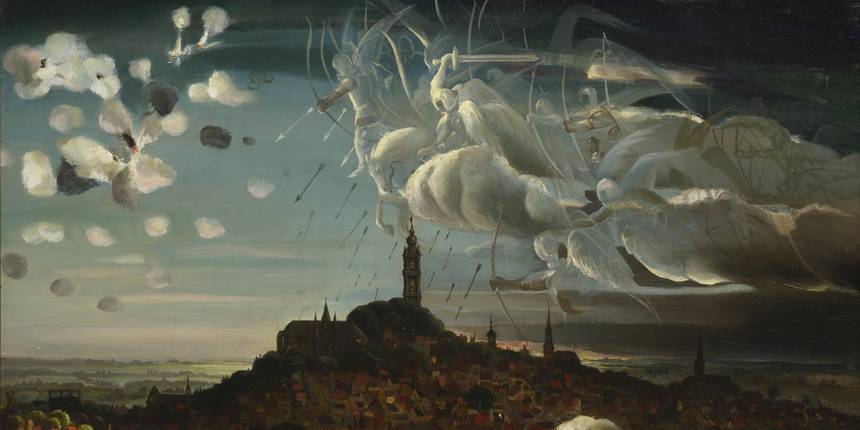 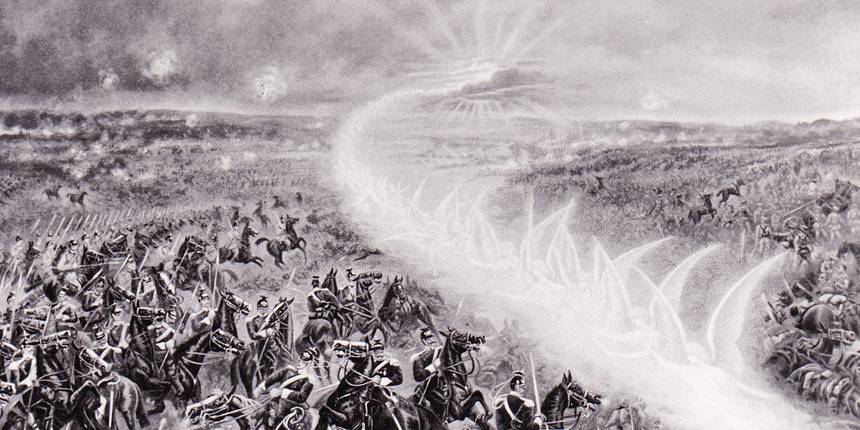 A legend that has gone down in history

The church and then the British government used this event to motivate soldiers to continue to fight. Shortly afterwards, the fantasy writer Arthur Machen published an article in the London Evening News about the event. He told the story of a British soldier who was helped by archers to escape from the claws of the German army. He alluded to Saint George, the patron saint of soldiers and a legendary character for Mons. Although he quickly admitted that he had made up the whole story, there was no longer any doubt. The legend took on different forms. The angels were presented in different ways, either as a cloud of light or a winged horseman. The famous legend of Mons is still widely written about today, 100 after years after the war began.