You are on the left side of the salient formed by the bend in the canal.

It was defended by the 4th battalion of the Royal Fusiliers. As part of the 9th Brigade of the 3rd Division of the II Army Corps, they defended all the positions between the road bridge at Nimy (Point 1) and Mons station, including four bridges:

The British had entrenched themselves behind the defenses consisting of barricades of sandbags and of the most diverse materials. They had been alerted to the advance of the German forces, by telephone, from the halt at Nimy- Maisieres, allowing them to get into position for action. (The halt at Nimy-Maisieres still exists, and can be found on the other side of the canal after the railway bridge.). The road bridge and the railway bridge were defended by a company commanded by Captain ASHBURNER and by two machine-guns under the orders of Lieutenant Maurice Dease. The drawbridge and the road-bridge at the park gate were defended by Captain Byng’s company, supported by the 107th battery of the Royal Field Artillery. 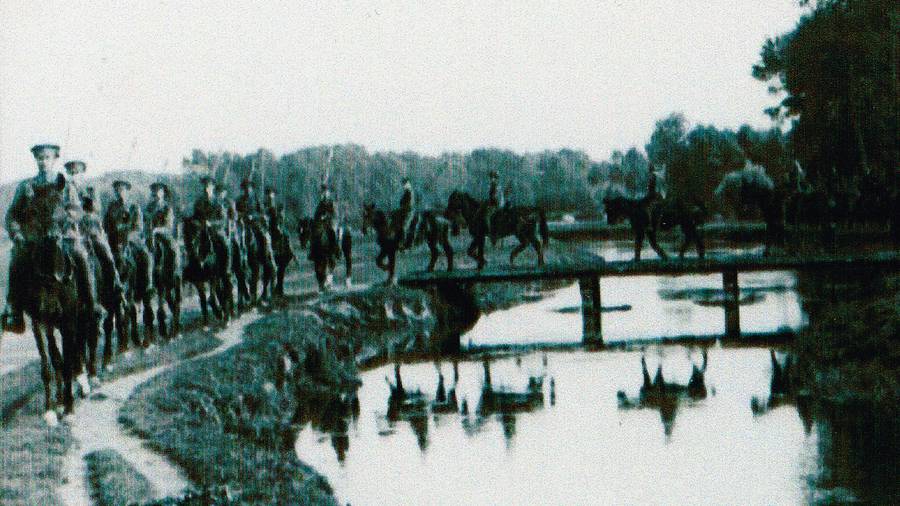 On 23rd August, starting at 08:30 am, the 84th Infantry Regiment of Schleswig-Holstein approached the bridges, following an artillery bombardment. That was the beginning of a battle that was to last until 2 pm. The initial German attacks were repelled, but at 11 am the Germans attacked in force. The British replied with rapid and accurate fire. British soldiers of the Regular Army were capable of firing, on average, 15 rounds a minute and certain crack shots could even achieve 20 rounds, this being known as «the mad minute».

The Germans suffered very heavy losses and called in their artillery. The British then began to feel the effects of the attack; their losses increased. Second-Lieutenant MEAD, sent in with some men to reinforce the position, was immediately wounded in the head, and after having it dressed, went straight back to his post only to be killed almost at once. Captain ASHBURNER was himself wounded, and so was Captain FORSTER on his right.