The 1st Gordon Highlanders had been in their trenches from eight o’clock in the morning. Their positions started at « La Bascule », running the length of the Mons-Binche and Mons- Givry roads as well as the side of Panisel hill that faced the road.

In their continuation of the Gordons’ line, the 2nd Royal Scots moved into the trenches that the soldiers had dug under the bushes all along the Beaumont road on the other side of the Malplaquet crossroads. Since the Royal Scots were spread thinly, a company of the South Staffordshires arrived about 2:30 pm to fill a gap in the middle of the positions.

At 4 pm, they were further reinforced by two companies of the Royal Irish Rifles. At 2:30 pm, the attack began, but it was just probing so far as the Germans were concerned – a simple contact with the enemy. It was only about 4 pm that the batallion was hit by a violent artillery bombardment that progressively ranged across the whole line of defence. It was only with darkness that this bombardment ceased. 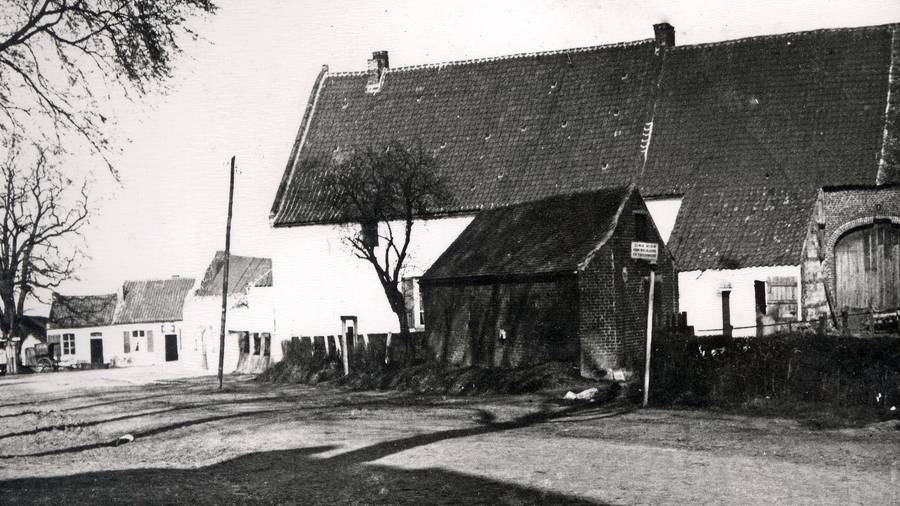 Aspect de "La Bascule", vue de la Chaussée de Beaumont
The fighting between the infantry was, compared to that in other sectors, nothing more than skirmishes. It was basically around a café called the Creamery that the fighting was violent. At this spot behind a hedge, the Gordons had sited a machine-gun that caused the attackers heavy losses.

Fighting stopped about 8 pm, the quiet being interrupted only by some sporadic shots.

When darkness fell, the Irish Guards arrived to reinforce the positions and got into positions under cover from the Mons-Givry road. They disengaged around 9 pm.

At 9:10 pm, the 2nd Royal Scots received a message from HQ, ordering the companies to be ready to withdraw at 10:30 pm. C Company of the Royal Irish Rifles, interpolated in the positions of the 2nd Royal Scots, was ordered to place itself under the authority of the batallion.

At 10:30 pm, the companies, starting from the right, disengaged in good order and formed into columns. The withdrawal was completed without incident. 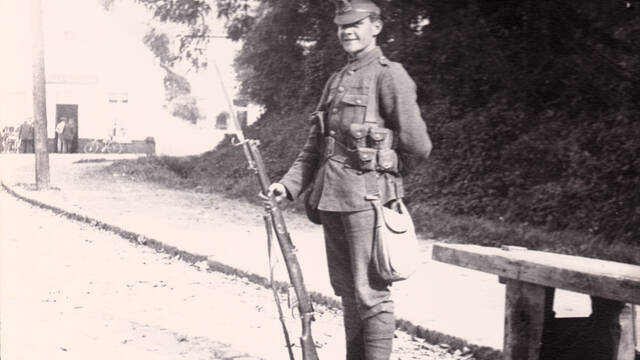