The Mac's at the Grand-Hornu

A rather unusual site

A million miles away from the MOMA in New York or the Pompidou Centre in Paris, the Mac's is like some kind of extra-terrestrial on the planet “museum”. It isn’t in a capital city, but rather in the countryside near Mons in the heart of a former mining region. The first masterpiece you see when you step through the gates of the site is the setting in which the museum has sprung to life – a former coalmine built at the beginning of the 19th century. To improve the day-to-day lives of his workers, Henri De Gorge had the idea of creating a “perfect city” in which he would offer them unimagined comforts. With their stunning architecture, the former neoclassical buildings create a surprising feeling of serenity. 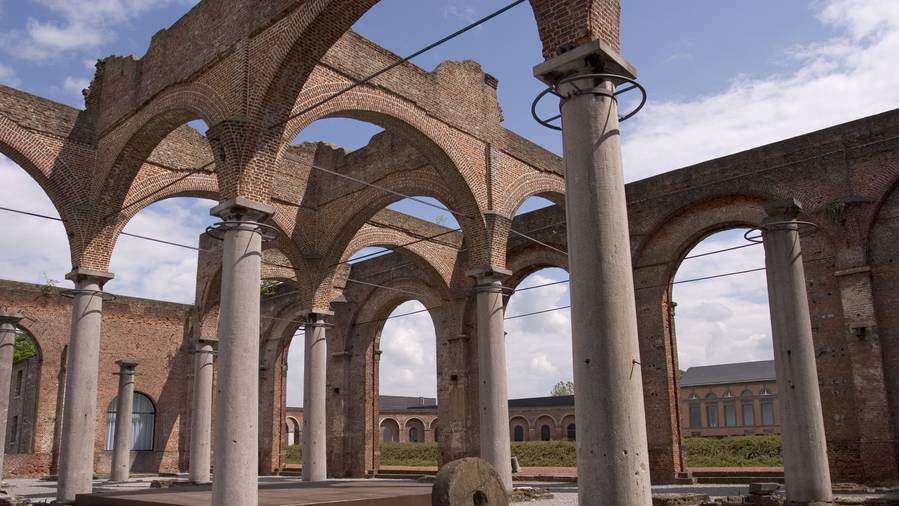 As a sort of extension of the original builder’s vision, the Mac's is keen to be accessible to everyone. One ticket lets you in to the whole site, the design museum in Grand-Hornu Images and the modern art museum, however many exhibitions are on there. Every day at 2pm, the Mac's offers its visitors a free guided tour. Big names in modern art like Giuseppe Penone and Christian Boltanski rub shoulders alongside lesser known artists. The idea is not to bring together the masterpieces of contemporary art, but rather to showcase current trends. The Mac's invites visitors to reflect on society in the company of this generation’s artists. Its ambition is to help us learn how to look and bring down barriers.

Boasting 350 works of art, its collection is presented in exhibitions put on throughout the year. There is no permanent exhibition at the Mac's – the museum is constantly reinventing itself! Three main themes sum up what it has to offer: remembrance, the environment in which we live and poetry. Open to all genres and disciplines, the museum pays as much attention to traditional forms of art (painting, sculpture etc.) as it does to modern and contemporary reincarnations (photography, installations, video, multimedia etc.).