Belgium Welcome to Goegnies-Chaussée, one of the Quévy area’s villages which doesn’t lack flair!
When you arrive at Place de Goegnies-Chaussée, it’s difficult to know if you’re in Belgian or French territory. In fact, everything depends on where you find yourself... If you have lunch at Carrefour des Saveurs, you’re in France. However, if you eat a chip just opposite to Clothaire, you’re in Belgium. An unusual situation to say the least, and the residents make do with a smile. While the French like the chocolate and tobacco stalls on the Belgian side, the traditional cuisine of the French restaurants cannot but catch the Belgians’ attention! On the square, red and black number plates are mixed up at the foot of a huge oak tree planted in 1789.

Goegnies and Gognies divorced on 17 September 1678. The Treaty of Nijmegen divided the couple to assign one portion to the Kingdom of Louis XIV and the other to the Austrian Netherlands. Separated by the old Roman road that linked Tongeren to Bavay, the two villages still live in perfect harmony.

Here, whether you’re from Gognies in France or Goegnies in Belgium, sharing seems to be second nature. Managed by the two municipalities, the church, for example, welcomes all believers from both villages. Differentiating isn’t an option. Belgian seniors are invited to meals for French seniors and vice versa. The November 11 ceremony starts at the church on French soil and goes to the Belgian cemetery and war monuments of both communes. It’s a march that could be described as international! For many, the associations include members of each side of the border.

The traditional Tuesday afternoon market brings together all these wonderful people. On site, baskets are filled with local products from nearby farms: dairy products, vegetables, braids of garlic but also poultry and farmyard animals! Goegnies-Chaussée is a great place to live. The hilly landscapes lend themselves to walks and one need simple stray a few metres from the ‘chaussée Brunhilda’ road to reach country tracks. Without really noticing, you’ll go from one side of the border to the other and chance upon some surprising treasures, such as the castle of Gontreuil. Located on French soil, be aware that it hasn’t always been so!

This magnificent castle was rebuilt in the 19th and 20th century on the foundations of the old fortress. Located on Gognies territory on the French side, it has long been attached to the parish of Grand-Quévy and people tend to enjoy themselves here. It too seems to have chopped and changed its borders for centuries. Transferred to France in 1779 by Marie-Thérèse of Austria, it was the fief of the Gontreuil family. Its history has not always been a bed of roses. The Prince of Orange (future King of the Netherlands) took up residence there during the blockade and siege of Maubeuge in 1793. Without the Hendecourt family’s passion, it probably wouldn’t be in such beautiful condition today. With its brick, limestone and bluestone lintels, the architecture is decidedly local. Ode to the region - every square inch! 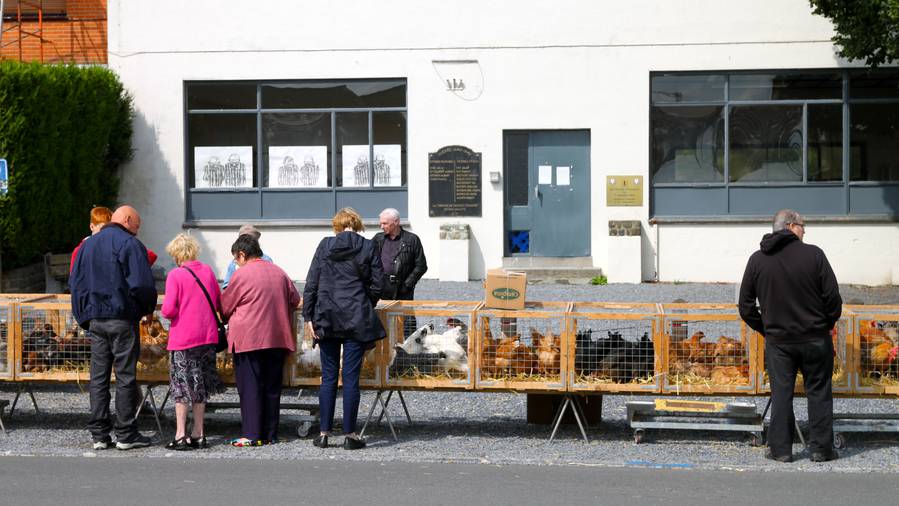