Do you like old stone and beautiful country roads?

At the centre of the square, enjoy a 360° view and look at the monuments surrounding you. Wherever you take a look, a building will hold your attention. Let’s start with the most amazing: the castle! Marking the bottom of the square, the building is located in a vast wooded property with a magnificent landscaped park. Built in the 18th century on the site of a former fortified castle, Lombise’s castle cannot be visited; it has belonged to the same family since it was built. The counts of Thienne have long worked for Lombise. Without them, the village would not look the same. It is Francoise de Thienne who gave the castle its final appearance and dug the pond seen in front of the main façade. She also built the imposing church which can still be seen today.

Neo-Romanesque in style, the Notre-Dame de Foy church was built in 1852 according to the plans of Athois architect M.Limbourg. Its noticeable volume is impressive; it is also crowned by an octagonal tower at the crossing of the transept. Such a church in such a small village - let’s just say you don’t see that every day. Also be aware that the interior is coated and painted. The Thienne family lies forever in the building. Burial slabs and monuments recall the amazing history which ties these counts and countesses to the village. The Thiennes, who became the Boessières, also include a large number of mayors.

Mayors from father to son/daughter

Do you think the overview is over? On the contrary! Opposite the church, a remarkable combination of several neo-traditional style buildings formerly attached to the post office was also built on the initiative of the Countess of Thienne in the second half of the 19th century. Now converted into homes, it still has beautiful neat facades. Finally, last but not least the coachman’s home ends the view with its whitewashed façades and three-tiered windows. This charming dwelling has a restaurant where guests can enjoy traditional cuisine focusing on local products. 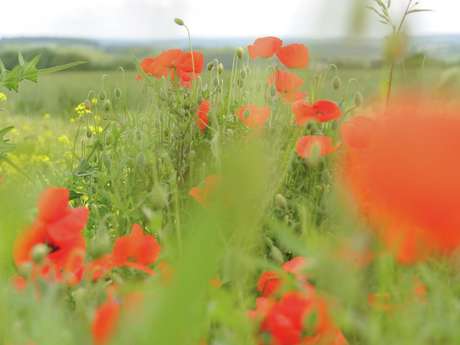 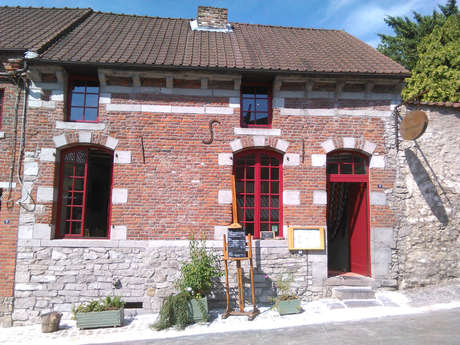