A stop is a must for beer lovers! 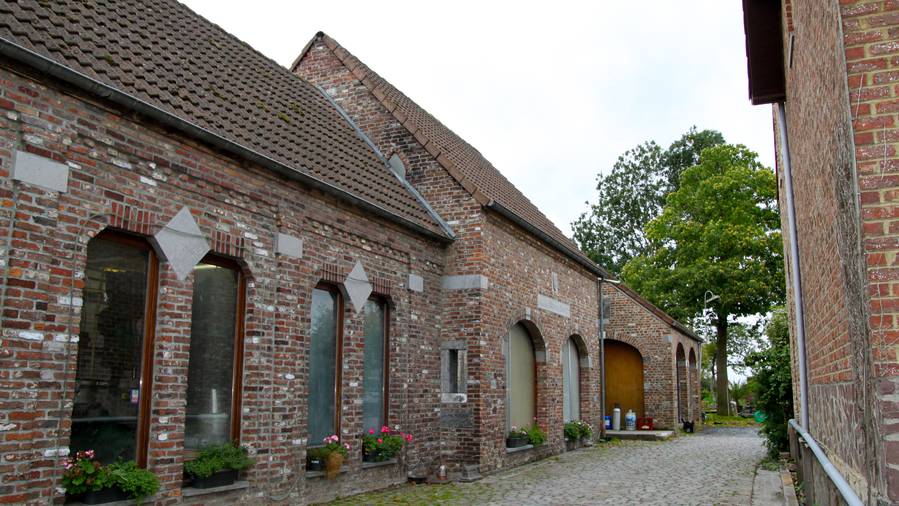 Brasserie_Abbaye_des_Rocs (c) LudivineFasseu
Arriving at Montignies-sur-Roc by the Chaussée Brunehault, the flag of the brewery of the Abbaye des Rocs will surely awaken the curiosity of the passers-by. A stop is a must for beer lovers! Natural worldwide known beers are traditionally brewed here.

Just a little phone call in advance and Jean-Pierre Eloir will be happy to let you discover the twists and turns of the family brewery. This former employee at the land registry embarked on the brewing adventure some 40 years ago. It all started with a bet launched during a family meal by his father-in-law who is a brewer. Using a copper strainer he makes his first beer and falls into the pot... In parallel with his professional activity, Jean-Pierre creates the smallest brewery in Belgium with his wife Marie-Jeanne. This was in 1979, ''then you only could make 80 litres per brew. Only the neighbourhood could enjoy it" the brewer likes to narrate.

Over the years, the small brewery expands and increases its capacity to 1250 litres per brew. In 1987, Michael Jackson, not the singer but the author of the International Guide of beers (!), tastes the beers of the Eloir family and gives them a very high mark that propels the brewery of the Abbaye des Rocs to the forefront in the United States. Therefore, the micro-brewery in the village of Montignies-sur-Roc exports its beers across the Atlantic. Since then, the success story continues. The brewhouse has increased its capacity even more and the mountain beers travel around the world: France, Italy, England, Japan, Brazil, China or the United States.

An ode to nature

Engineer-brewer, Nathalie, the daughter of Jean-Pierre and Marie-Jeanne joined the adventure. In addition to their strong character the Abbaye des Rocs brewery's beers have the particularity to be brewed with water from a borehole in a bedrock. And as the brewer says: "without good water, there is no good beer.” Just look at the nature and the surrounding landscape to imagine the virtues of Mother Nature... The Eloir steadfastly believes in the natural character of its beers. All consist of water, malt, hop flowers... and spices. They are made without sugar or chemical additives. The Abbaye de Rocs, the Montagnarde, the Blanche de Honnelles... Beers produced here pay tribute to the beautiful village that surrounds them. What about going to taste them?