The artist pays tribute to the soldiers of the First World War and the earthenware industry.

A word from the artist:
The inspiration for this fresco came from recognising historical events that leave their mark on the history of Nimy and from a personal look at what I have learned. Firstly, the historical marker of the battle of Mons, immortalised in the poem by John McCrae “In Flanders Fields” and the reference to poppies, that honour the fallen soldiers in combat during the First World War. The soldiers and the poppies became central elements because I felt great proximity to the representation of the flower as a symbol of homage and resistance. In my country, Portugal, the carnation is the flower that popularly and unanimously represents the fight for freedom, which must never cease.
Add ceramics to these elements, an equally important component in the economic and cultural history of the town of Nimy.
Finally, the familiarity inspired by the figure of the cat, linking all the other elements. How many of us take our eyes off the concrete paths to look at a cat lying on a window sill in the sunshine? May this moment of tenderness be repeated in anyone who looks at this fresco. 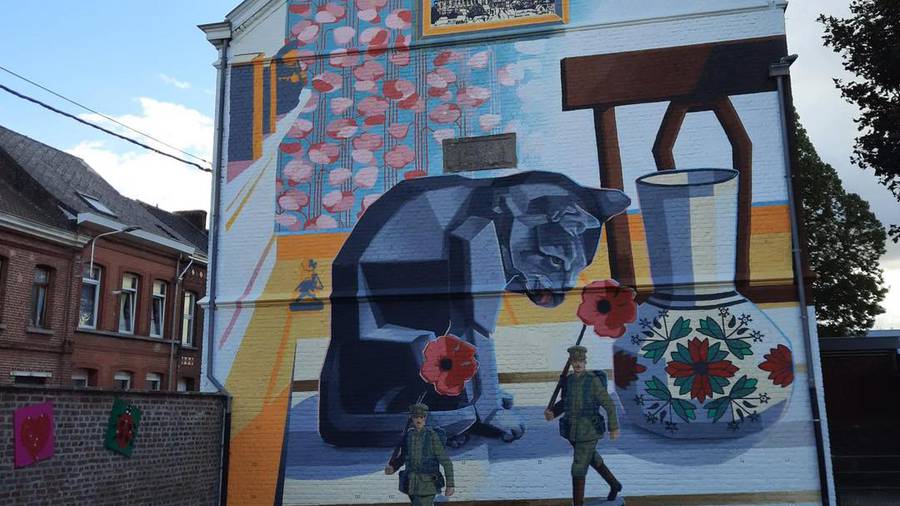