Made in Jemappes / Noir Artist 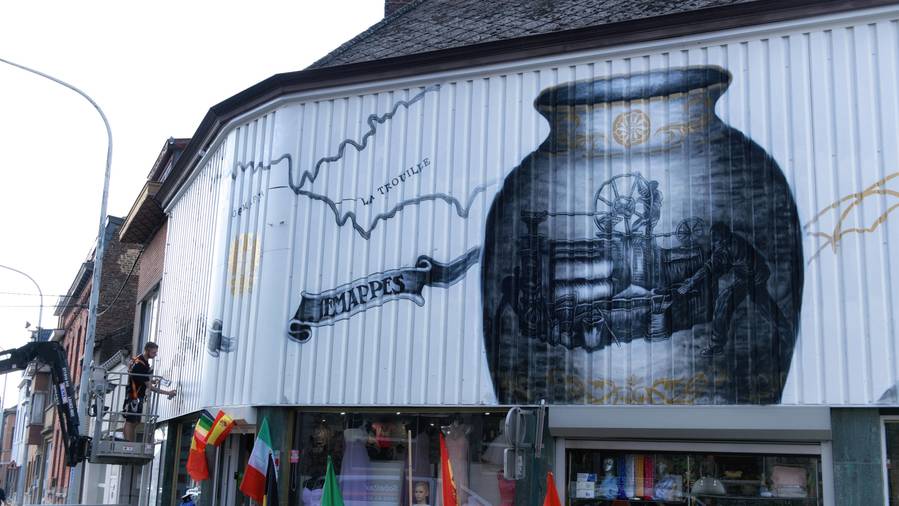 The theme is Jemappes and its symbols (the rooster, the park, the station, etc.) and also the industrial past (porcelain, rolling mills, coal mining) and the concept of reminding the people of Jemappes what they can be proud of.

A word from the artist:
My goal is to ensure that the inhabitants of Jemappes can make the fresco their own, as suggested by the expression “Made in Jemappes”. To achieve this, several very symbolic elements were put forward:
- The famous “Rooster” which can be found on top of the “Rooster Monument”.
- Earthenware (represented by a large vase) and an old scene of the rolling mills, typical of the region.
- The “Bridge of the Jemappes park”, represented by a few geometrical brush strokes.

The dark style of the artist is also very symbolic because it recalls the coal mining era, which physically and psychologically made its mark on the region.
Finally, gold, which is often used in the artist’s latest creations, brings an enlivening touch of colour to this painting.