Through representations of the legend of Saint George, of which the episode of the battle with the dragon is the best known and most widely represented, this exhibition aims to show how the traditional image of Saint George and our historical knowledge about him have a unique power to capture the imagination.
In fact, since the dragon and Saint George are two fictitious figures which confront one another in combat which never really took place, it was possible for all eras to represent this scene, not merely by referring to a fixed symbol. Thus, the image did not stop proliferating and changing, revealing its ability not only to give meaning to Christian thought, but also to the most diverse interpretations made of them by artists and Man.

The exhibition Man, Dragon and Death: The Glory of Saint Georges contains a selection of the many paintings, sculptures, drawings and illuminations that have represented the saint in several ways. It considers how Saint George and the dragon are perceived by our contemporaries as a crucible of man’s various struggles against hostile forces, but also, and perhaps more importantly, of man’s struggle against himself to affirm his own destiny.

Mons2015
The success of the cult of Saint George was considerable and his fame spread to all parts of the Christian world. He became the patron saint of such European countries and regions as England (St. George), Portugal, Catalonia and Aragon (Sant Jordi). A polysemic figure, Saint George was also the patron saint of corporations (knights, gunsmiths, saddlers, ploughmen, etc.), all types of orders and hundreds of European towns, which placed themselves under his protection. As a result, multiple representations of him populate Europe’s largest collections, whilst numerous evocations also exist in popular traditions, which today still constitute an intangible heritage that this exhibition aims to examine.
Specific orders were placed with a few modern artists, who have been invited to present how this myth has still retained all of its meaning today. Including Giuseppe Penone, Angel Vergara Santiago, David Claerboutet Luc Tuymans.
To prepare the exhibition and the publication which accompanies it in conjunction with the Fonds Mercator, a large amount of scientific research and collection of works of art related to the legend of Saint George as portrayed by major institutions (museums and church collections in Europe) has broadened our knowledge of the subject, in both historic and artistic terms. The exhibition catalogue also offers the chance to explore, through texts and many works, the iconographic diversity of the subject. 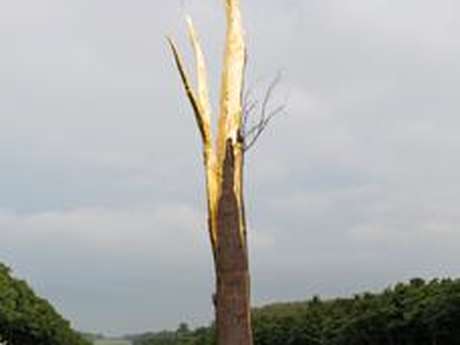 The man, the dragon and the death