-A +A
Home / Blog / The passionate life of Vincent Van Gogh

Vincent Van Gogh needs no introduction. Today, his paintings are sold for a fortune, while he died in sorrow and misery. This son of a respectable Dutch family experienced this poverty by his own choice in the Borinage between December 1878 and October 1880. Two years which he spent in coalmining country living alongside our mining ancestors.

Destined to become a pastor, but his destiny caught up with him

Intrigued by this lesser known aspect of the painter’s life, my research took me to the blog of Filip Depuydt, a guide at the Grand-Hornu who is passionate about Van Gogh’s time in the Borinage. I learned about how it all began in Petit-Wasmes. Destined to become a pastor, like his father, Van Gogh chose to carry out his training in the Mons region, living alongside working miners. Here he discovered the incredibly harsh living conditions. Staying at the home of Jean-Baptiste Denis, quite a nice farmhouse compared to the miners’ small houses, he chose to move out and into a modest cabin. He could not bear to live differently from the miners, and was keen to imitate the first Christians by abandoning anything “superfluous”. Van Gogh got rid of all of his belongings, his clothes and his furniture. But people around him started to look at him with suspicion.

A miner among miners 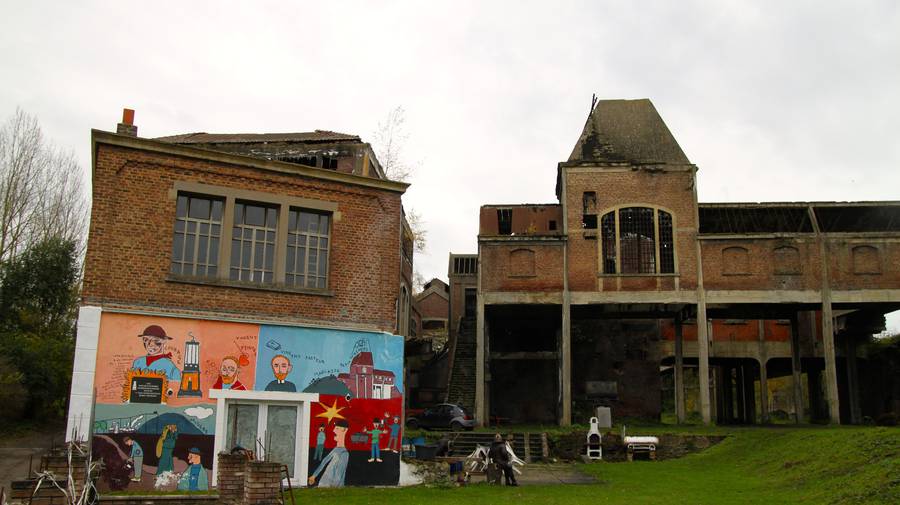 Le site de Marcasse, c'est ici que Van Gogh est descendu avec les mineurs
Tortured, passionate, overcome by the misery that reigned all around him, he started to behave in a way that was not acceptable to his superiors. He was soon dismissed from his role as a preacher and returned to his home in Holland before going back to the Borinage for the second time. It was here in this mining area that he found the inner spark that lit the touch paper on his career as an artist. Captivated by this land, he drew these miners every day, these peasants who had been crushed by hard labour and this powerful nature. Letters to his brother, Theo, described the conditions that he endured: “Old boy, if I had had to stay in Cuesmes another month, I would have fallen ill with misery. Do not imagine that I live comfortably here, as my main food is dried bread and potato, or chestnuts that people sell on street corners… I think that I endured everything these past two years in the Borinage: it was not a pleasure trip.” He also talked about the day he went down into the mine at Marcasse, one of the oldest and most dangerous in the area. Vincent gave himself body and soul to helping the wounded, the ill and the dying. In Wasmes then in Cuesmes, he wore himself out looking after children and people who were at death’s door, sharing his life with the destitute, wandering in the countryside and across the slag heaps… A man from a good family, with his destiny laid out before him...

But in this unforgiving landscape, he found what he felt art should be: “…man added to nature, reality, truth, but with a character that the artist brings out (…)”. He also confided to his brother that thanks to this great misery, he felt his energy revive, killing the pastor to give birth to the artist