Picnic in the Parc du Beffroi

Get away from it all with the family

We’re in Mons for two days. The girls are enchanted. The Grand-Place, the Grand-Hornu, the PASS, not to mention shopping in the Fripiers district: we haven’t had time to get bored. But I want to take some time to spend with my two little blonde beauties. Life goes too quickly. Alice will soon be steeling my clothes... Paul, my husband, gave me a great idea this morning:“How about a picnic somewhere?”“Bingo”, I know exactly where we need to go for that. The Parc du Beffroi. 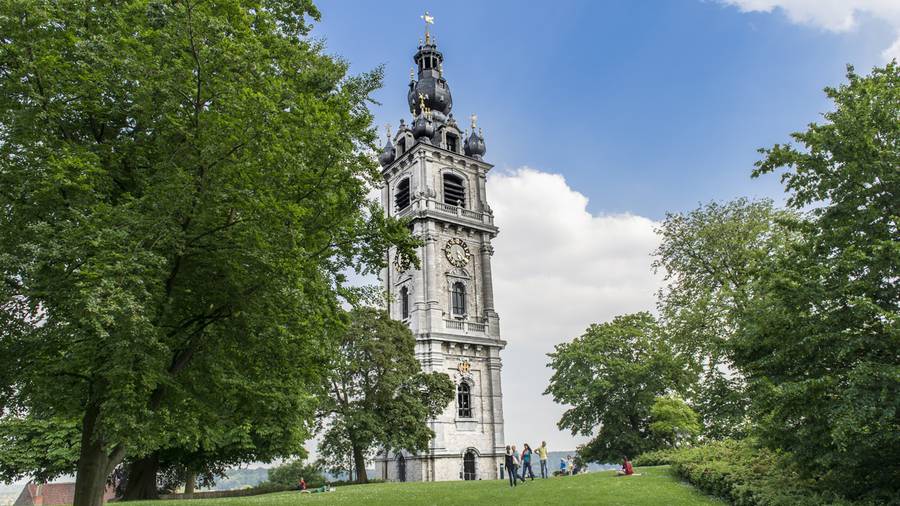 Right at the top of the city, we arrive in the Parc du Château. That’s what it’s called. It’s a peaceful spot. There are just a few locals chatting on the benches about the rain and the nice weather. We throw down the blanket, and Mélody, my youngest, is already pointing up at the big tower opposite. “Oh oh oh”. Alice tells her that it’s a belfry, and I’m surprised that my eldest knows what it is!In the heart of this island of greenery, we’re at the bottom of a sacred monster. For more than three centuries, it has towered over the city. It’s the only baroque belfry in Belgium. It took up its position in the Parc du Château belonging to the counts of Hainaut when the Clock Tower fell down. A real landmark for the people of Mons, it marked the opening of the gates to the city, the curfew, the working hours, and alerted them to fires thanks to a lookout. During the First World War, it was also the lookout who announced the arrival of the German troops, and again, it was the lookout who rang the bells to announce the Liberation. Today, its 49 bells mark out the time to the people. 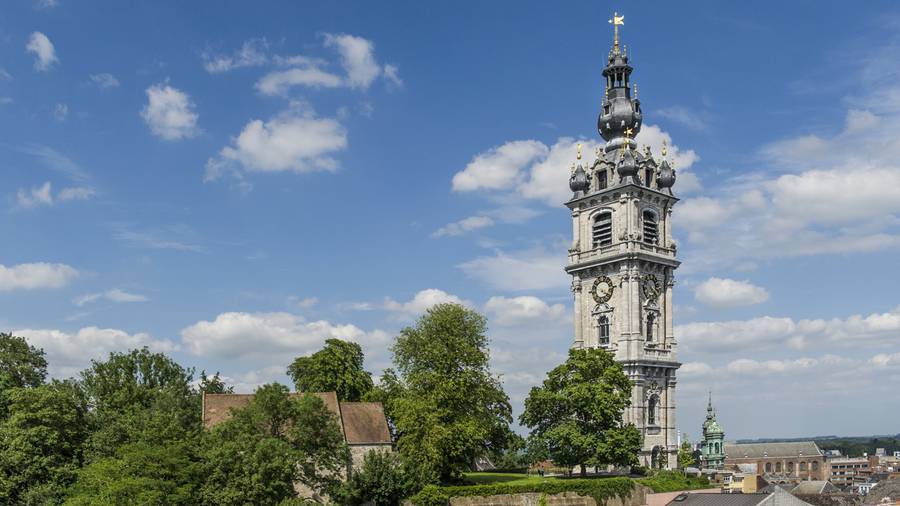 While the girls bicker quietly, we bask in this haven of peace. The hustle and bustle of the city centre seem a long way away. Another family has joined us on the grass. Not long ago, a fortified castle stood here. The Counts of Hainaut ruled over the city. We can still see Sainte-Calixte Chapel as a reminder of their time here, right next to the Belfry. Converted into a museum, this Roman chapel is the city’s oldest religious monument. Caesar’s Tower and the 12th and 13th century underground caves also bear witness to Mons’ rich past. Then right in the heart of this park, all of Mons’ history opens its arms to you! Alice and Mélody walk on the grass, hand in hand. They sit down, get up and look around them. What a magnificent city. From the park, you can marvel at the stunning view of the surrounding countryside. It really looks as though, when the weather is clear, you’ll be able to see the outline of France. If you want to spend some time with your family, you know where to come...