A bit of history

Today the Ducasse de Messines is recognised as a Masterpiece of the Oral and Immaterial Heritage of the French Community! 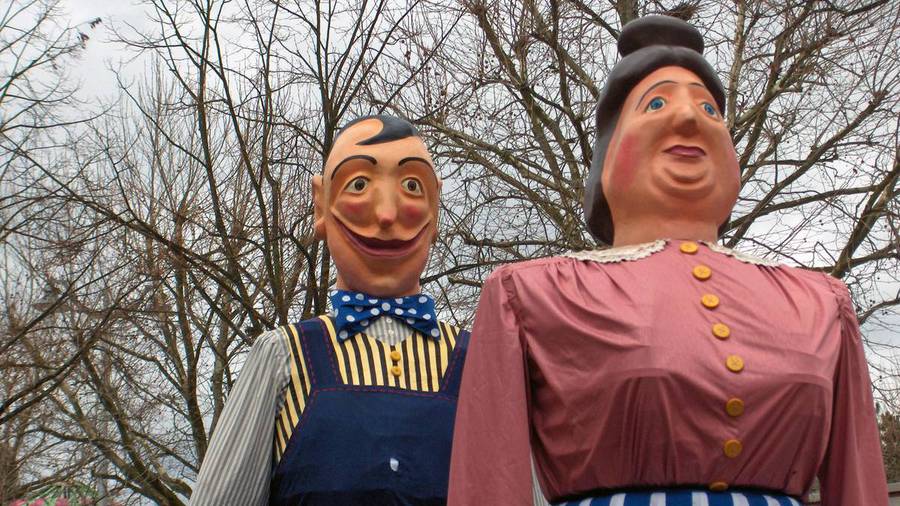 The Ducasse de Messines is a centuries-old tradition. It all began in the early 17th century, when a picture representing the Blessed Virgin was placed in a small chapel. Soon this place became a major place of pilgrimage. Miracles have been witnessed since 1620. In 1668, a new church was built near the Rue de Bertaimont. The festivities begin at that time and the pilgrimage took place on July 2 before moving permanently to March 25.

The inhabitants of the neighbourhood considered this day of their Festival; it became one of the city’s most popular in the 18th century. Temporarily abolished during the French Revolution, the Ducasse de Messines reappeared with the return of public worship. Little by little, the pilgrimage has lost its fervour, but external festivities are growing. First set up in the Church, religious objects dealers and a few flower stalls were set out on the square. Then they were set up all along the Rue de Bertaimont, until today they reach the surrounding streets.

In the first half of the 19th century, in addition to quarantines, Damascus, auricles, violets, camellias, aittes (daffodils), small objects appeared for children’s fun: the nightingale, the cardboard windmill, saudart, wawa, the gayole. There are now many entertainments. Dances are held, concerts are organised. A flower contest takes place among flower merchants who come from farther and farther away. Cultural activities have also developed. The two world wars did not stop the festivities. From March 1946, the popular festival resumed. Over the years, the program has grown. Activities take place both in the streets and in cafés (many more at the time). Since the 1980s, a marquee in which shows and competitions are held has been set up and in 1989, a procession of giants was introduced.

Today the Ducasse de Messines is an essential part of the regional agenda and is now recognised as a Masterpiece of the Oral and Immaterial Heritage of the French Community.