Baisieux, a small village located in a large plain formed by the two Honnelles, is full of green meadows...

A history marked by fires

What an eventful past! You could even call the village “cursed”. Destroyed and burned on many occasions, Baisieux has always been rebuilt despite violent ransacking. Burnt in the Wars of Religion, when Louis XIV’s troops visited and even through the fault of an overly virulent cow, the commune would keep rising from the ashes like a phoenix!  In 1578, the Duke of Alençon just missed Château de Baisieux before setting fire to the village’s houses. His goal was to clean by fire the ‘Protestant cult’ which had come to settle on a piece of territory. At this time, you could die for the way you prayed to God. For the record, the Montois, who fiercely opposed the Duke, drove back his troops who spitefully committed much misconduct in the backcountry.
In 1649, Baisieux’s houses were again set on fire. This time, under the instruction of French men of war, it was the whole village that was burned with the exception of two farmhouses made of stronger materials at a distance from the houses. In 1794 a new disaster struck when the village burned down again. There was no war this time but a cow tipped over a burner and set fire to its stable, followed by the houses.   Despite the fighting of 1914-18, the commune has now returned to serenity and calm. 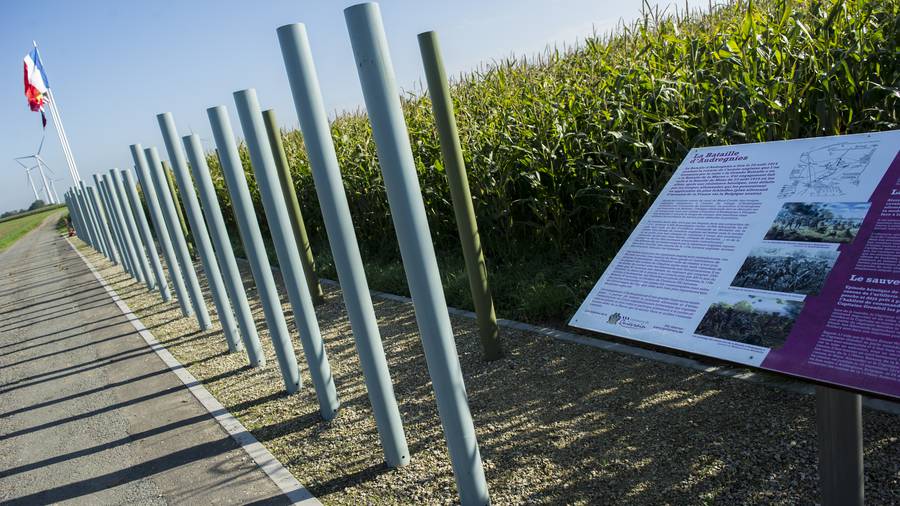 As you walk there you’ll journey through time. Rue Descamps is the perfect illustration of this. It leads through certain paved roads towards the centre of the village and its church. Going between walls and hedges, walking along a farm bordering a meadow, you’re reminded of the ancient paths as you walk them. The building and its layout reveals some imbrications and typical adjoining buildings, but it also reveals large agricultural properties walled in the very heart of ancient housing. Next to the Church, the dovecote tower of Maieur Madeleine farmhouse built in 1795 dwarfs its outbuildings and a Tournasian type abode. Baisieux’s church and its brick tower houses some treasures. A 17th century tower depicting St. Algedonde, as well as a few goods which belonged to the Trinitarians of Audregnies. The countryside surrounding Baisieux has many interesting views of the locality. Thanks to its little footpaths, it also offers a multitude of walks from fictitious tales.    If you’re in the mood, you can follow the paths on commentary walks or nature walks. 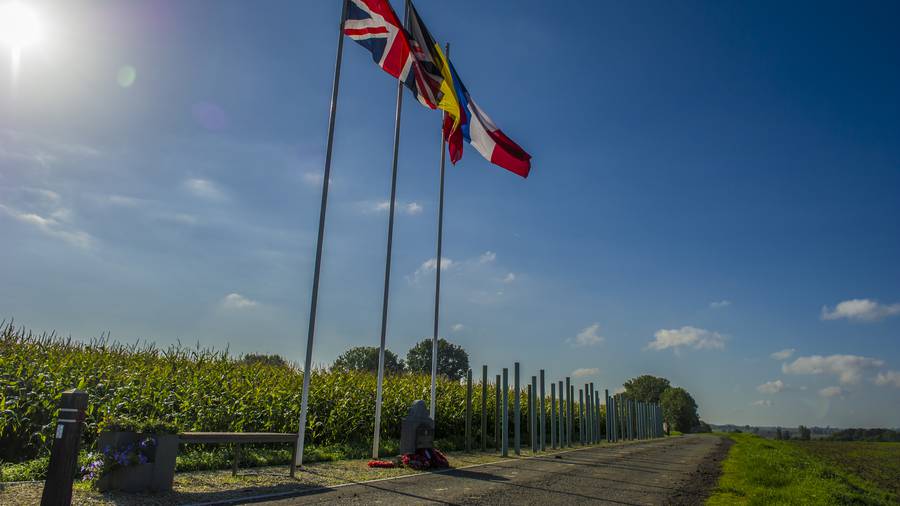