-A +A
Home / Destination Hensies / The signal monument of Moeschal

Along the Brussels-Paris motorway, at height of Hensies, two huge towers topped with a stylised hand may already...


An artist, a philosophy

Born in Uccle in 1913, Moeschal studied architecture and sculpture at the Academy of Fine Arts in Brussels. For him a sculpture, for it not to be reduced to a simple shape should be integrated in a context of public life. Moeschal has spent his life looking for highly symbolic places, landmarks on the path of humanity. "Always being on the road, was for a need, a pleasure and a risk for mankind and that is why we have always sought to stake our steps by signs that helped guided and reassured us: the large stone milestones, tombs, the Calvaries, the crosses, kilometre signs and signposts... these signs are landmarks, and they are also symbols and testimonials: mankind passed through here and left its mark... " he wrote. 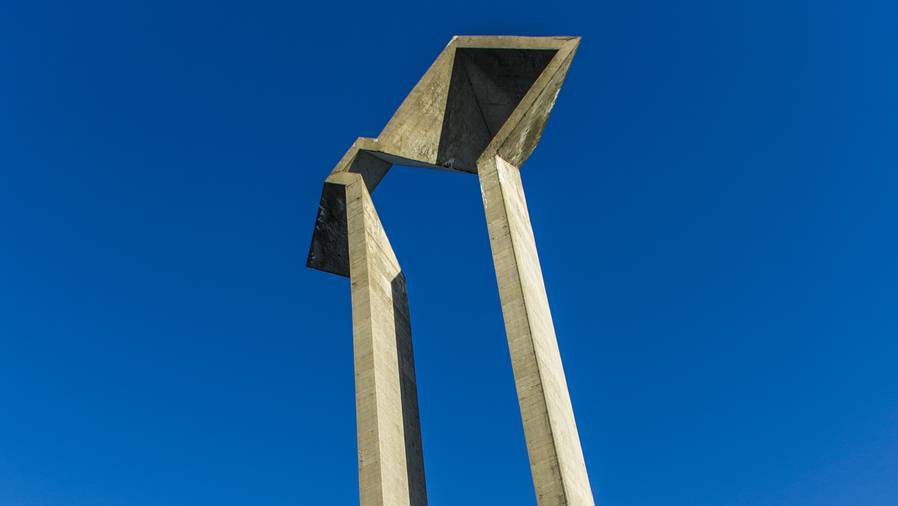 All his creations reflect the worries of furnishing the space of the main roads and to bring the comfort of an artistic presence to mankind. The Hensies signal monument is in this vein. 57 metres high, this concrete structure consists of two vertical towers, one in France and the other in Belgium. At the top the artist has symbolised two hands that illustrate the encounter and friendship between the two countries. The symbolism is beautiful and the location is particularly appropriate. The European structure made  the former border post disappear and it was thus appropriately transformed. A work of art for memory.

Everywhere in the world

Passed away in 2004, Moeschal throughout his career erected his monumental sculptures in Belgium and throughout the world. The Porte de Namur in Brussels in the Toison d'Or area, has "its Moeschal”. A steel and light drum of 5 tonnes which reorganises the urban landscape with harmony and aestheticism. This 'sign of light' consisting of 3 brushed steel arrows of 10 metres high is perfectly integrated in the area since 1999. Another large-scale project, his "solar disk" the symbol of the Olympic Games in Mexico in 1968. 20 metres high, it was built atop an ancient Maya pyramid (the work uncovered it) along the "road of friendship". Its “disc” marked the entrance to the Olympic Village, a preparatory model of the work is visible in the gardens of the Museum of Ixelles. In Belgium still, another of his works marks the entrance of the country along the Ghent-Lille motorway, in Aalbeke. For the fans, in Brussels, the base of the Tour du Midi data presents a stainless steel fountain sculpture by Moeschal at the front. Hats off to the artist. 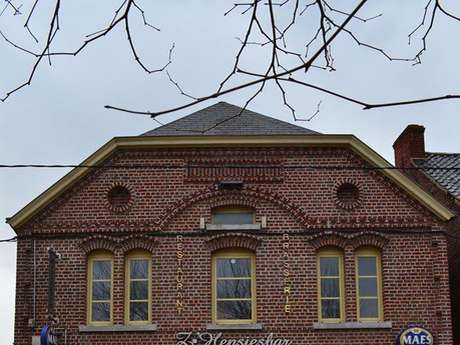