A Theatre factory in a former Shoemaking school: you had to come up with it!

Frameries and its inhabitants have lived to the pace of the coal industry and coal related activities for a long time, but not exclusively. It is less known but Frameries also was a major player in the shoe industry at the time! Initiated by Charlemagne Quenon in 1889, that industry employed a significant portion of the population grouped in dozens of workshops including at the Bouverie. The activity was so successful that a large schoemaking school was built in 1939 in the rue de l’industrie. The impressive building, still standing today, testifies to the importance of the activity before the war. It is the work of the architect 1819t Geo Bariseau, leader of the modernist trend in Hainaut.


Make room for the artists

The shoe factories - still numerous past World War II - gradually closed down in the 1960s. But rather than seeing the magnificent Bouverie School fall into oblivion, the Province of Hainaut has opted to install a Factory... of theatre here! A true reference in the art world, the Fabrique de Théâtre of Frameries is a place open to all, which offers an incredible range of activities. Theatre, puppets, concerts, shows for young audiences, training courses for young and old, a film library, a library, exhibitions... not a week passes without an event or activity being organised here. Nearly 100 shows per year are presented at the Factory and in the partner culture centres. 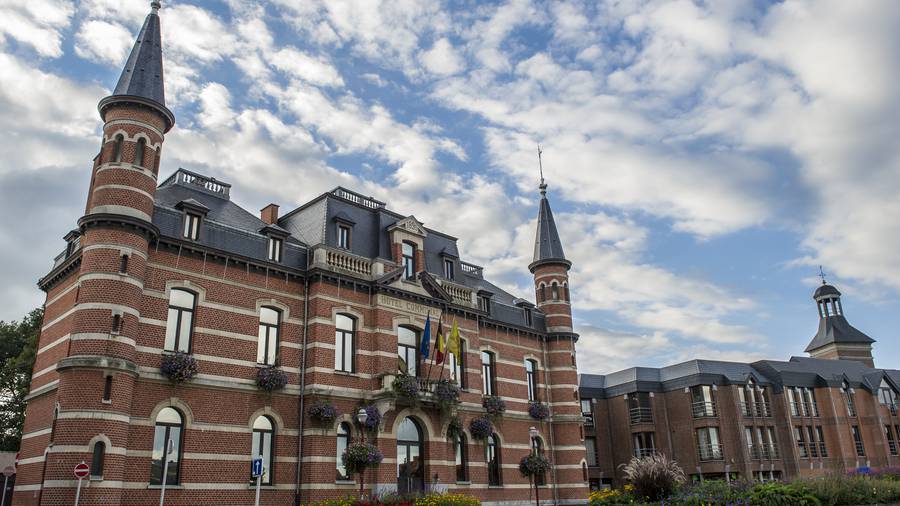 Open to all, the Factory also lends its walls to artists and theatre companies who wish to develop an artistic project. Rooms and rehearsal rooms are made available to them. «The puppet workshops» welcome puppeteers, experienced or beginners, eager to improve their skills in puppeteering art. The factory also encourages local artistic creation by regularly lending its walls to visual artists to exhibit their work. There are even courses for those who wish to become theatre directors or stage managers!

You see it: the Fabrique de Théâtre of Frameries is above all a meeting place. The headquarter of the Service Provincial des Arts de la Scène, it co-operates with 23 partner culture centres. You are local and you are attracted by the theatre world? You are visiting and want to discover a new show or an exhibition, you now know where to go!